Strong Earthquake Hits the Southwest of China in 12th, May

By dch1 in 心情随记 No Comments Tags: cri

The death toll from Monday’s earthquake in southwest China’s Sichuan Province has climbed to nearly 10,000, according to the headquarters for disaster relief.
The figure climbed from more than 8,500 provided earlier Monday night by local authorities.
The Sichuan provincial seismological bureau said more than 1,180 tremors up to six magnitude have been recorded as of 5:00 a.m. on Tuesday.
The government in Shifang City of Deyang City, where a major chemical leak happened after the quake, said about 600 people died, including 81 students. The government expected that as many as 2,300 people are still buried, including 920 students.
In Anxian County of Mianyang City, about 500 people died, and 85 percent of the houses in rural areas collapsed.
In another badly-hit city of Mianzhu, which is less than 50 kilometers away from the quake epicenter, more than 1,000 people were reported dead and another 5,000 were buried as of 11:30 p.m. on Monday, according to the local government.
Hanwang Township of Mianzhu, which is less than 30 kilometers away from Wenchuan and has a population of more than 60,000, suffered serious casualties though exact number is not available.
“A large number of houses along the main street at the township were leveled,” a local resident Peng Jia told Xinhua.
Peng, a publicity official with the Hanwang-based Dongfang Steam Turbine Plant, said at least 200 students and teachers were buried after a building of the factory’s adjunctive middle school collapsed.
The factory’s 300-member rescue team have pulled out four students out of the debris, with only one alive, due to a lack of professional rescuers and equipments, said Peng.
Zheng Zemin, deputy secretary-general with the Mianzhu Municipal Committee of the Communist Party of China, said the city is in desperate need of drinking water, food, medicines, tents and professional rescuers and equipments.
“We are facing great shortage of drinking water and food,” said Zheng. “Water supply in the city was almost cut off and the underground water in some townships was contaminated.”
“In downtown Mianzhu alone, more than 10,000 homeless had to stay overnight outdoors, and hospitals are full and tents are needed to accommodate the injured,” He said.
“As a temporary measure, the bed sheets and window curtains in hospitals were split into pieces to be used as bandage,” said Zhang Shouli, an official with the city health bureau.
The quake also destroyed an important ancient city in the Langzhong City, felling a 32-meter-tall tower about 400 years old.
“I felt the earth shaking, and a long crack appeared in the tower, and in less than two minutes, the tower fell to the ground, ” said Li Huiqiong, an employee with the scenic area of the city.
The quake, measuring 7.8 on the Richter scale, hit Sichuan at 2:28 p.m. on Monday. It was the worst earthquake to strike China since the Tangshan earthquake in 1976, which claimed 242,000 lives.
A spokesman with China Seismological Bureau said the intense quake was felt in at least 16 provinces, municipalities and autonomous regions, including Beijing, Shanghai and Tibet.
The shocks leveled buildings, cut transport and electricity supplies, and caused flights to and from the affected areas to be canceled or postponed.
The tremors were even felt in the Thai capital of Bangkok, 1,800 kilometers from the epicenter.
In regions neighboring Sichuan, 85 were killed in Shaanxi Province, at least 157 in Gansu Province, 50 in Chongqing Municipality, one in Yunnan Province and one in Henan Province, according to local authorities.
China has launched emergency rescue operations in the quake-hit zones. Premier Wen Jiabao, who arrived near the quake center Monday afternoon by plane, said the quake was a “major disaster” and called for calm, confidence and courage. He urged the rescuers to seize every minute to enter the worst-hit areas.
By 6:30 a.m. Tuesday, more than 16,760 troops and armed police have been dispatched into the quake-hit areas. More than 34,000 others are on their way by air, rails, motor vehicles and on foot.
Early Tuesday, dozens of military vehicles are heading to Beichuan County, where officials said up to 5,000 people were said dead.
Escaped villagers said the old town of Beichuan was tightly covered by giant swaths of debris slides, and the new town also suffered grave damages, particularly kindergartens, primary and middle schools, and vocational schools.
The Mianyang city disaster relief headquarters said about 80 percent of the buildings in the old town area in Beichuan collapsed, and more than 60 percent of the buildings in the new town were wracked.
Cofferdams formed by the landslides at the upper stream of rivers in the county threaten to inundate the downstream areas in Beichuan.
As rescuers moved toward the quake-hit centers, rocks slid down the mountains and piled upon boulders the size of a house which already jammed up the road sections.
According to a statement posted on the website of the Tibetan-Qiang Autonomous Prefecture of Aba, which administers Wenchuan, officials are getting information on casualties and damages in the county, but there is still no news about the situation in the townships of Yingxiu, Wolong and Xuankou, which are located exactly at the epicenter.

This is the news I got from the CRI. And the city , which I was lived in, suffered a slight earthquake yesterday. The level of the earthquake in TongZhou District, Beijing is 3.4 degree. We were having the Electronic Engineering when this earthquake happened. None of the relations of my classmates injured in this accident. Lucky them!

The New Space on Lunarpages

I moved almost all the website to Lunarpage Basic Plan. But it was not completed yet.

I got much trouble in PHPSTAT system. There are many errors when I tried to generate the report on my website. But I am sure I can make it. I will try my best to solve it. 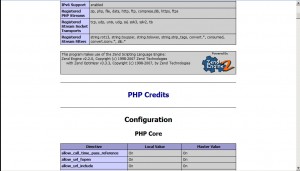 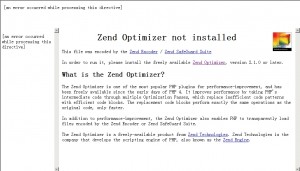 I seldom listen to CRI because there are many exams these monthes, espcially in May.

Do you know what’s the Chinese name of real-name-system? (实名制) I grabbed it from CRI.

Great! The New version of wordpress supports IE again. Even if there are somthing wrong with the JAVA Script.

By dch1 in 心情随记 No Comments Tags: busy, cri

I was extremely busy these days. So that is why I did not write the blog in passed one month. But I am back now :-). I just finish my assignments for the Saturday.

There are many works in school , espicially for my classmates. Because there are much operating-system to setup.(I hate viruses) But I got some progress in installing system.

The major task for me is the study. We had just set up the physics course at the beginning of this week. It is based on the maths. I have known that maths is my shortcomming. I got a bad mark in the college entrance exam. So I would (MUST) pay more attention to the maths.

C programming is OK. I think it is not difficult. Maybe I am interested in this lesson or I am a representative for this course.

It was fog yesterday. It is claim that Beijing is already in pollution. 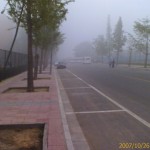 I am listening CRI now. They are talking the satellite which china had already lauched 4 days ago.

It is time for summarizing the wonderful expression from China Radio International:

Here are some good expression grabbed from in the movie:

4.It’s time to put them to the test.(这是考验他们的时候了)

5.But the good time not last.(好景不长)

I got Dopod 838 these days. It is fanstastic even if there are something wrong with the software set up in the phone. I want  to flash the system.

I have just heard a new version of the wordpress is available(2.3.1).

I will upgrade in these days.

The First Post For The New Version of WordPress

Today is 6th,Oct,2007–the last two days for the National Day. I easily remembered that the last National Day. I was in Grade One in the BJUT. It was enjoyable and exciting. Time flies,I cannot imagine what it would be happen next year. Maybe I stayed on the Australia.

The National Day was quite busy for me. In the first few days,I tried to take exercises near my home even if it is not enough. I went to the park and got fresh air.

In the Oct,4th, I went to the Zhongguancun and helped my teacher to buy a new computer. I bought a wireless mouse called “Logitech LX5”. But I think that it did not meet my requirement. The receiver is so big that it is not convenient for laptop using.

I bought a 3G Laptop Connect Card which was manufactured by Sierra Corp. The model number is Aircard 875. It is fantastic and global compatibility. It supports many protocols. Such as GPRS,EDGE,UMTS and HSDPA which is so-called 3.5G. 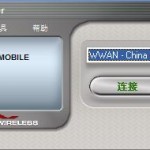 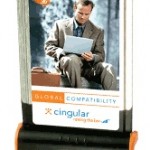 I got a introduction for the protocols in the help file. 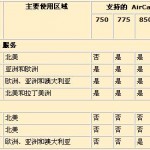 I finished the update for my website. I upgraded the WordPress into version 2.3. It is very easy. I got new functions from new version. 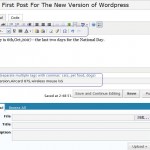 I also updated the statistics for my website. The latest version for the Phpstat is 2.0. The interface of new edition is more professional and friendly.

OK,let me summarize the wonderful expression from China Radio International.